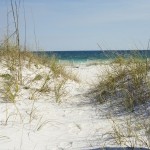 In the whole United States, the state of Florida has traditionally had the lowest reported rates of depression. Experts say it’s not the beaches or even the ocean, but rather the consistent, prevalent sunshine. In fact, medical studies show that sunshine can have positive results on people that suffer from depression, significantly lessening the effects.

Depression can be caused by low levels serotonin in the brain. This neurotransmitter is responsible for controlling a person’s sleep patterns, memory, appetite and mood. On bright sunny days, serotonin levels increase and the opposite happen on dark, cloudy or rainy days. Increased serotonin levels lift moods, regulate appetites and fight against depression.

Sunlight also decreases levels of melatonin, which counteract the feeling of being drowsy and sleepy all day and night. Exposure to natural sunlight maintains your body’s circadian rhythm so when it is light out the body and mind feels awake and then when it’s dark out the body gets tired and can easily fall and stay asleep. Stepping outside into the sunlight for just 15 minutes each morning can naturally wake up the body.

Increased levels of vitamin D also materialize from spending time in the Florida sunshine. Deficiency of this vitamin, often found in cooler, winter-ridden climate is linked to neurological and immune diseases. Naturally, anyone living in a state that has frequent sunshine is less likely to suffer from the deficiency and severe depression. Physically, sunlight can improve bone health and reduce the risk of kidney, colon and breast cancer.

The positive effects sunlight can have on the body and mind influence your quality of life. The serotonin and melatonin levels, along with vitamin D, make sunlight a natural antidepressant. Without having to spend an excessive time in the sun, the advantages of the sun are effective, proven and abundant in the Sunshine state.